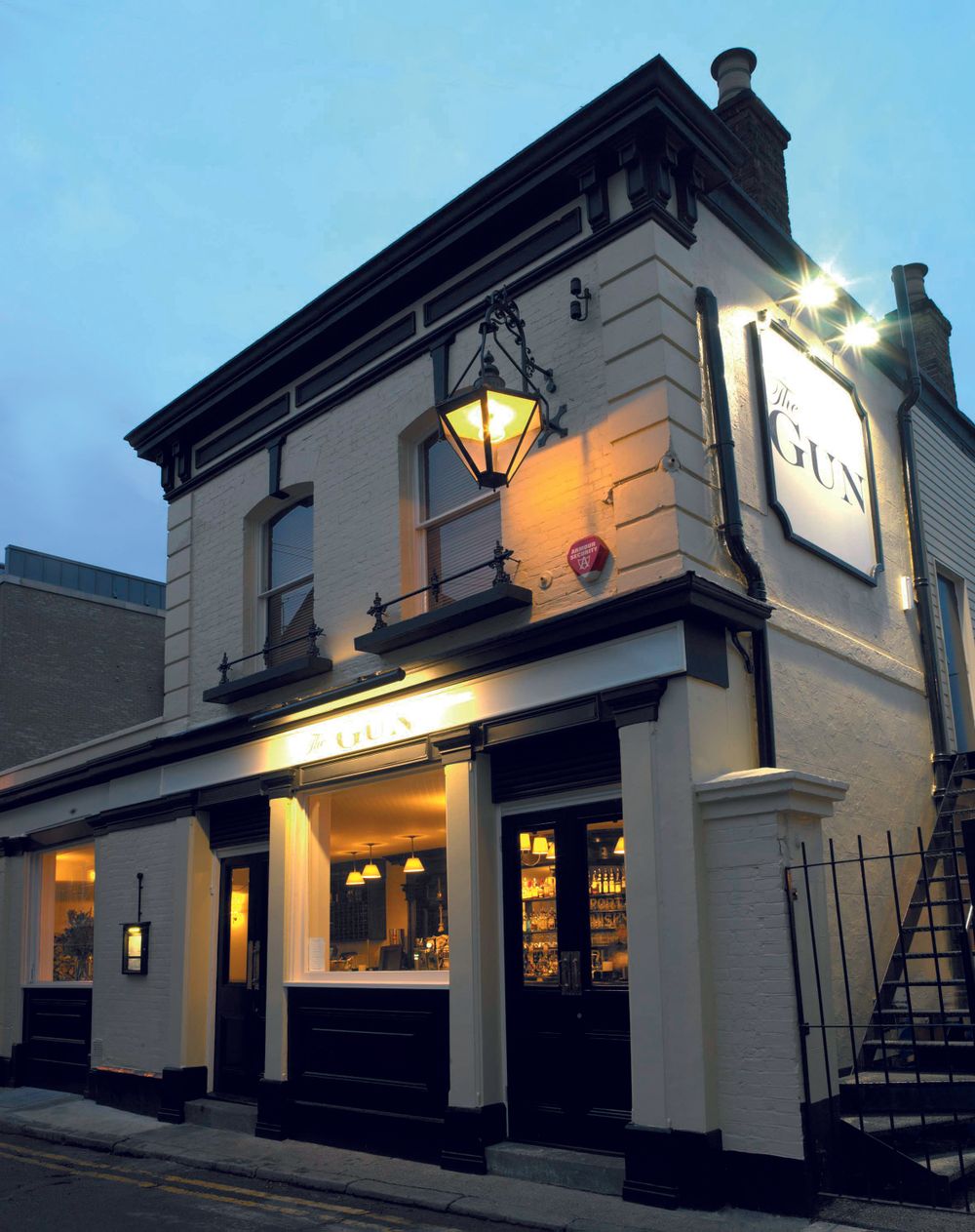 Wecome to The Gun!

The Gun has a long association with smugglers landing contraband on the site and distributing it via a hidden tunnel. To this day there is still a spy-hole in the secret circular staircase to watch out for “The Revenue Men”.

As the docks on the Isle of Docks flourished so did the pub, becoming the local for dockers, stevedores and boatmen.

In 2001, a terrible fire destroyed much of the interior of the old building and the pub remained closed for 3 years. Then, current owners and brothers Tom and Ed Martin acquired the premises and spent about 9 months painstakingly restoring the magnificent Grade II listed building in close consultation with English Heritage. Tom and Ed re-opened the doors in 2004 and have owned and operated The Gun since then to significant critical acclaim.

The Gun now has a 40 cover dining room in the main bar, a back bar with two snugs, two private dining rooms and a fabulous riverside terrace that seats 40. There is also a large outdoor terrace to the right of The Gun which is open for events and private summer parties from May-September.

Waterside location
In the centre
Near public transport
Near airport
Docklands is now the second financial centre for London, and although the docks are still used by visiting ships and cruise vessels they also provide a tranquil setting for the many huge enterprises located in the district. Tall buidings dominate the scene but there are many traditional and historic locations also. The area is served by the underground and DLR and London City Airport is adjacent.