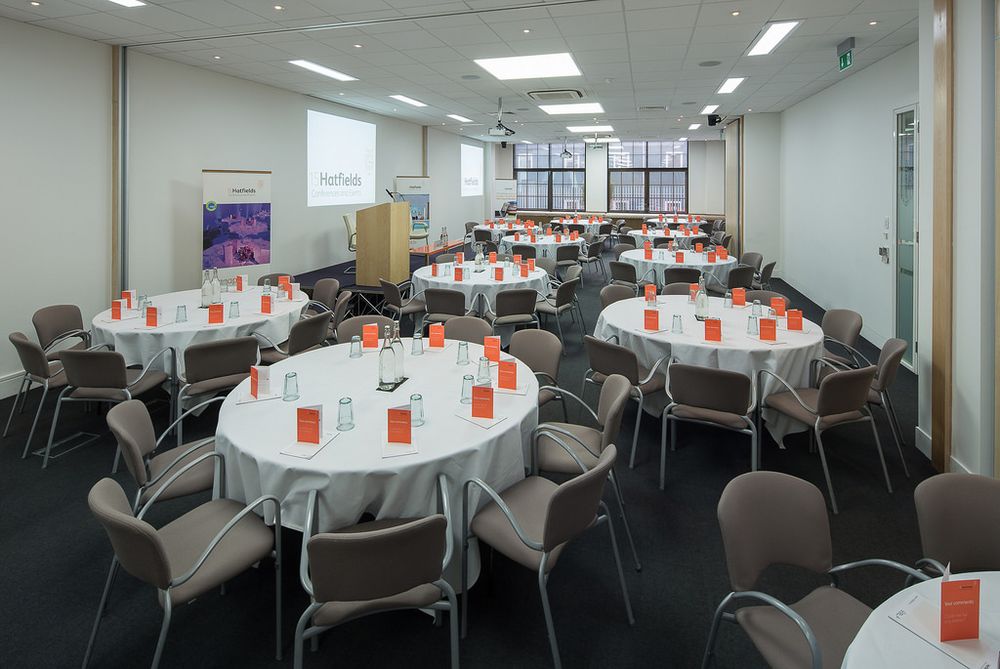 Photo
Map
Back to resultspageBack

At 15Hatfields we are just as passionate about style as we are about sustainability. With bespoke state of the art AV facilities and flexible and functional spaces, our venue in the heart of London has room to fit any occasion. Whether you are looking to hold a small meeting for two, a large conference for 200+ or an intimate evening reception.

In the centre
Near public transport
Located in an enviable position on London’s South Bank, 15Hatfields has easy access to Canary Wharf, the City and the key transport links.